Welcome to the BTE Racing Car of the Week series, where we feature BTE customers and fans, and the cars (and trucks) they love to drive and race. Today, it’s all about Anthony Rodgers and the 1964 SS Malibu that he likes to call “Ole Rusty.” 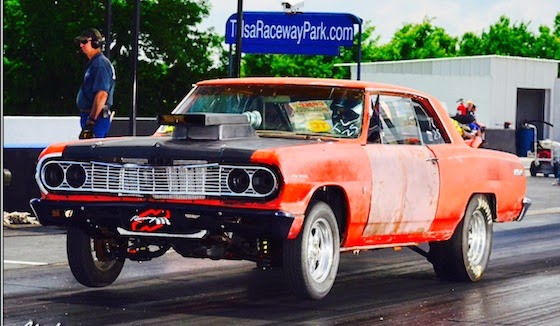 How did you get into drag racing?
I got into drag racing through a couple of a avenues, one being my father taking my brother and I to the Autolite Nationals at Sonoma as kids every year for 10-plus years. And second through my uncles having muscle cars when I was a kid.

When and where was your first race?
First race in a drag car would have been the Streetcar Takeover at Tulsa Raceway Park.

What model/year do you race now?
The car is a 1964 SS Malibu that was built in Kansas City.

Does your car have a nickname?
I call the car ‘Ole Rusty. 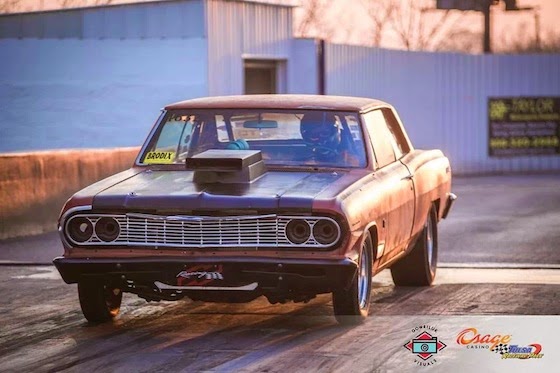 Which BTE products do you use in your vehicle?
Roller rockers

Why do you use BTE?
I use BTE because I know I can count on a quality product pass after pass.

Someone you look up to in racing?
I'd say if I was to look up to someone in drag racing it would likely be John Force for everything he's done inside and out of drag racing.

If money were no object, what would you drive?
I'd drive many cars, but one of the first choices would be either the Z-28 Camaro, or ZR 1 ‘Vette, C7 version.

What is your pre-race ritual (if you have one)?
Pre-race is the same every time: check fuel, check air, put the left belt on first, then the right. Just the normal stuff.