Welcome to the BTE Racing Car of the Week series, where we feature our customers and fans, and the cars (and trucks) they love to race. Today, it's all about Tags Hot Rod Shop and Clark Racing of Brandon, MS. We spoke to Chris Taggart for the information on their three racing vehicles including a Longtop 1967 Chevy II Wagon with a unique paint job. 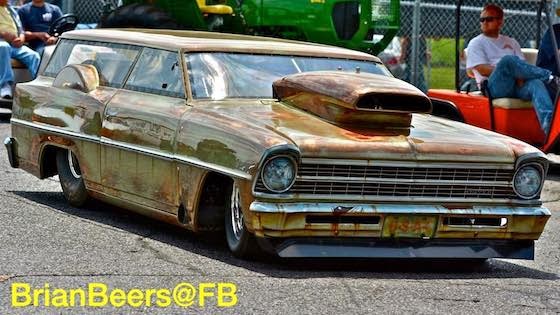 How did you get into drag racing?
My family has always been in to racing. I remember going to the races with my father Robert Taggart as a small child.

When and where was your first race?
My first race at a race track was 1982 at Jackson International Dragway in Pearl, MS.

What model/year do you race now?
We have a few race cars at Tags Hot Rod Shop/Clark Racing. My brother Ryan drives the Longtop 1967 Chevy II wagon (pictured). I drive a ’67 Chevy II Hardtop SS, and Ken Clark drives the Candy Brandywine 70 Nova. We all take turns driving "The Black Truck 59 Chevy" that was Super Chevy Magazine’s January 2014 feature. We race that at the Super Chevy show in Memphis every year.

Does your car have a nickname?
We just call it the Longtop Chevy II or Carbon Fiber and Rust Longtop. The motor parts all look like carbon fiber and the body looks rusty and the car has neither. 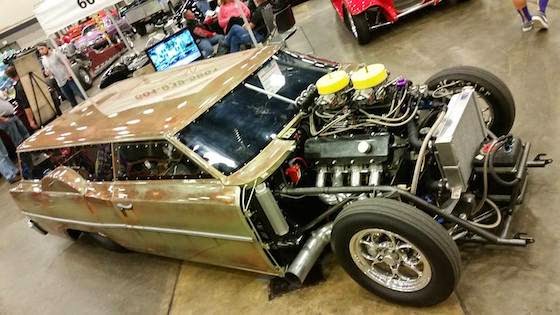 Which BTE products do you use in your vehicles?
Powerglide transmissions, bolt together torque converters, two-piece powerglide case and bellhousings

Someone you look up to in racing?
Larry Larson a Drag Week five time champ and fastest Drag Week car ever!

If money were no object, what would you drive?
IHRA Pro Stock Mountain Motor! Or a Top Fuel dragster.

What is your pre-race ritual (if you have one)?
Dont really have one. I just make it to the track early enough to get decent parking!
Posted by Amber at 5:00 PM