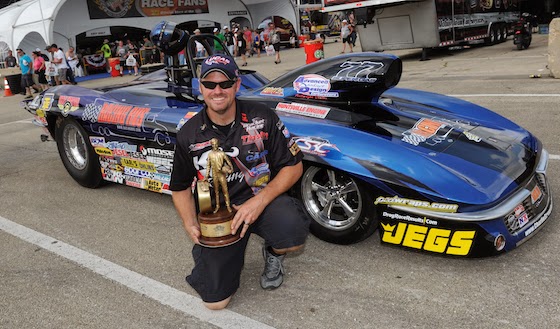 Just in case you hadn’t heard the latest from Luke Bogacki, he’s forging ahead in his NHRA tour. So far, he’s made it to five Super Gas final rounds, and won four of those, rising quickly in the NHRA Super Gas standings.

After seven events this year, Bogacki’s numbers stand currently at 606, though he’s got plenty of opportunities to earn more. His latest event, the Route 66 Nationals, helped propel him to that number, with a personal goal to reach 700 for the season.


Whether or not he’ll reach that goal remains to be seen, but you can catch him live at the upcoming BTE World Footbrake Challenge in Bristol, TN July 10-13.
Posted by Amber at 7:24 AM