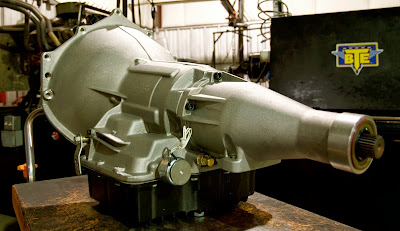 The powerglide transmission has a single band.  It is used to hold the clutch drum during low gear operation.  If the powerglide band is not adjusted properly the following things can occur:
The powerglide band should be adjusted to the following specs:
The band should be readjusted on a semi regular basis throughout the racing season.  BTE recommends using a heavy duty band adjustment screw to prevent band failure.  Stock band adjusters can bend and warp under heavy duty conditions.